The new Marriott Brooklyn is located within Renaissance Plaza, just 1/2 mile from the Brooklyn Bridge and is adjacent to Brooklyn's courthouses, municipal buildings and the Metro Tech Center. Lower Manhattan and the New York City financial district a... more

The new Marriott Brooklyn is located within Renaissance Plaza, just 1/2 mile from the Brooklyn Bridge and is adjacent to Brooklyn's courthouses, municipal buildings and the Metro Tech Center. Lower Manhattan and the New York City financial district are just minutes away via the bridge. Fine dining opportunities nearby as well as fascinating attractions await you, both on the Brooklyn side of the bridge and in nearby Manhattan. Whether it is the esplanade along the East River or the charm of City Hall and lower Manhattan, the location is terrific. Convenient to numerous subway lines as well as the wonderful waterfront, consider that a walk across the Brooklyn Bridge is a memorable experience to be treasured.

During your restful stay, you will find the hotel is simply beautiful, featuring a stunning painted skyline dome just above the escalators. Guests will be impressed by the many amenities, the fresh floral displays throughout public areas of the hotel, as well as the generous room sizes.

Dear Mary-Elizabeth, With all that you have to do, I can't thank you enough for recognizing the hotel and staff during your stay. Thank you for all that you do! We are so glad you were our guest and we were able to provide a place for you to rest during these challenging times. We hope you can return under better circumstances in the future and truly enjoy the hotel and the local area. Be safe, Be well and thank you again for all that you do. Regards, Sam Ibrahim, GM

TeamMarriott, Manager at New York Marriott at the Brooklyn Bridge, responded to this review

Thank you for staying with us during your recent visit to NYC. We regret that your room was not properly prepared for your arrival. The cleanliness and freshness of our rooms is of superior importance to us and we are sorry that this was your experience.

We are disheartened to see as well that your concerns regarding this situation were not met with the level of care and compassion that you should always expect from us. We promise to do better in the future and hope that you will give s another chance to show you a more favorable stay.

We value guest feedback, and we thank you for taking the time to share yours. We are disappointed that your experience was not perfect. Our fees are listed on our website, and we apologize if this was not adequately communicated with you. We would also like to apologize for the issues you encountered with your guest-room. Please accept our apologies as well as assurance that your concerns have been noted and will be discussed. We want to be known for our excellent customer service and comfortable accommodations, so we hope to be given the chance to make your next trip to the area a total success. Thank you for being our valued guest. Please travel safely.

The ladies at the check in desk were amazing they were sweet and very efficient in checking me in and out. There is a fitness center as well as a pool on the property. The room was spacious for a nyc hotel which is never the case. My room was a tub shower which was a downfall. I prefer the stand up showers. I would recommend it for anyone traveling in and out of Brooklyn.
TeamMarriott, Manager at New York Marriott at the Brooklyn Bridge, responded to this review

Thank you for staying with us and taking the time to share your review with fellow travelers. We are pleased to see that we exceeded your expectations and provided you with a wonderful stay. It was great to hear that you were able to enjoy so many of our amenities during your short work trip. We regret if there was anything that we missed that prevented a perfect rating for such an enjoyable stay.


We hope that you will always think of us when your travels bring you back to the area.

The hotel is spacious in a way you can’t find across the Brooklyn or Manhattan Bridges, both a stone’s throw away. The rooms are the kind of space one can share with ease. There is a delight in the Brooklyn themed art at the top of the escalators; there is a surprising intimacy in the elevators. The views of downtown Brooklyn bounded by the East River are lit saffron when the sun sets.

If you find yourself lucky enough to enjoy the city with those in whom you find delight, if your adventure in the city needs a home base, I highly recommend the Marriot Brooklyn Bridge. All the major trains are close. The west village is 15 minutes. Broadway 25.

I’d recommend sharing it with someone special.
TeamMarriott, General Manager at New York Marriott at the Brooklyn Bridge, responded to this review

Thank you for making the New York Marriott at the Brooklyn Bridge your home away from your home and for your kind recommendation. Your praises about our impeccable front desk service and excellent location are a pleasure to read. It is also nice to know that you enjoyed the scenic views of the city. We appreciate your patronage and look forward to welcoming you back soon. 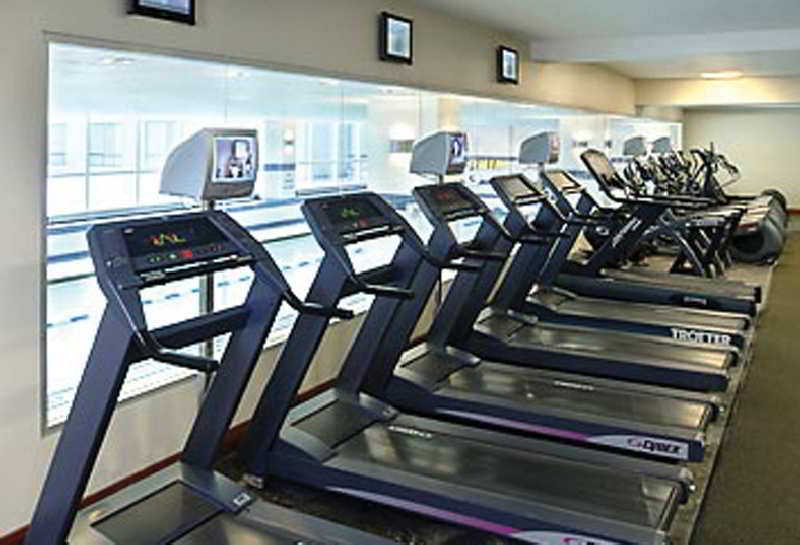 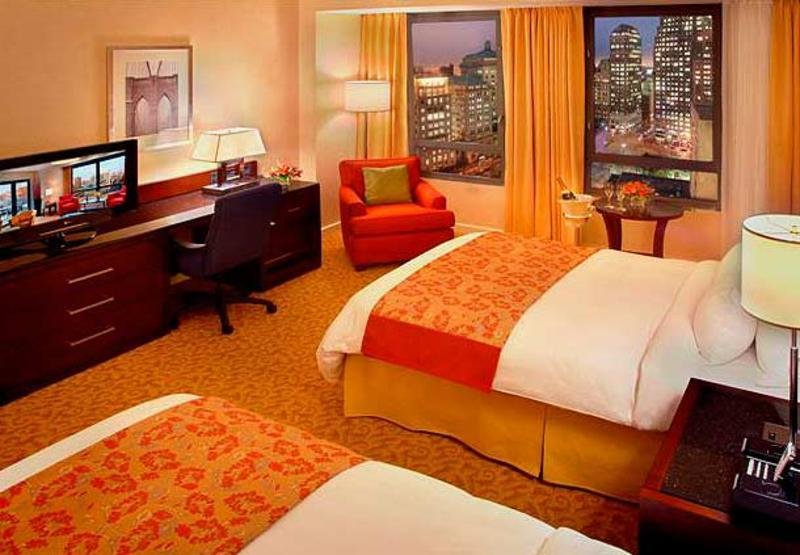 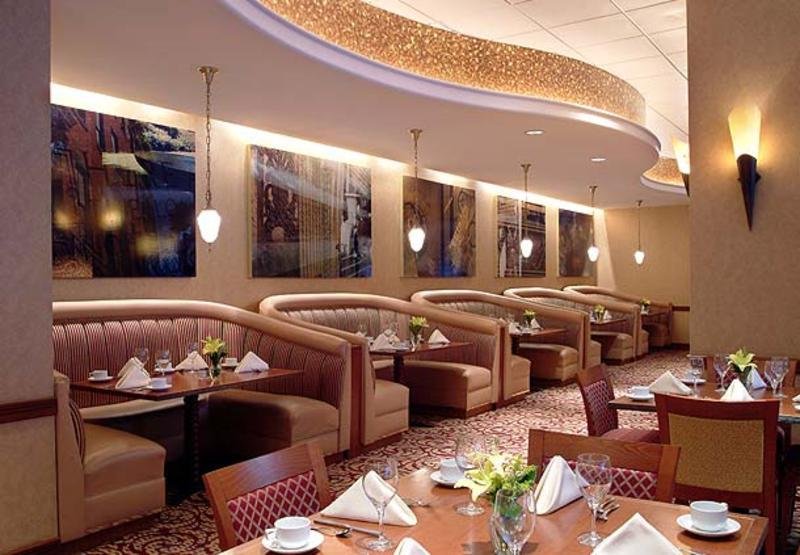 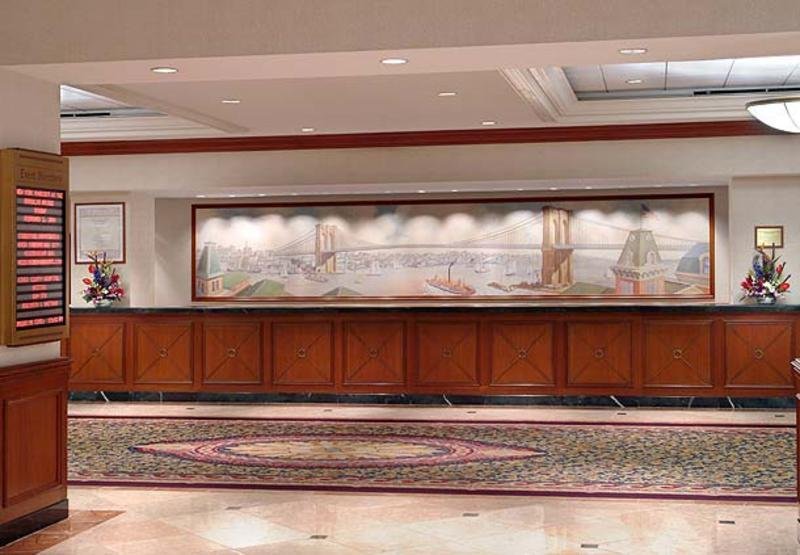 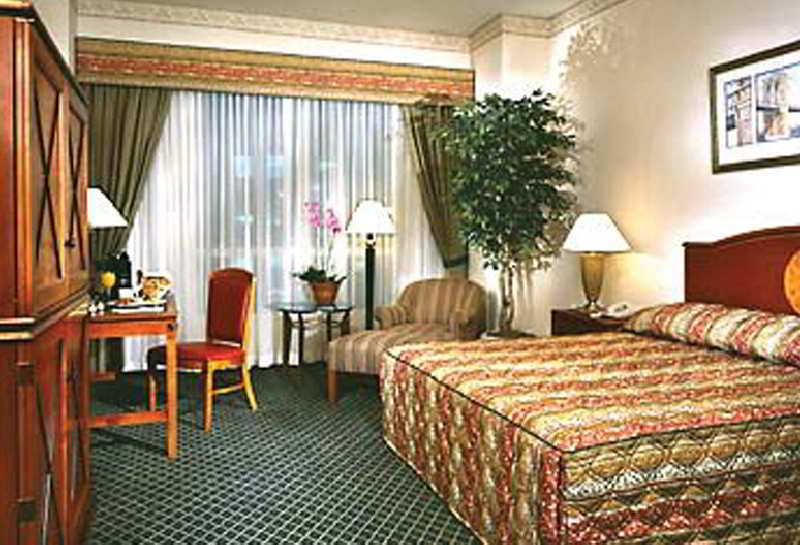 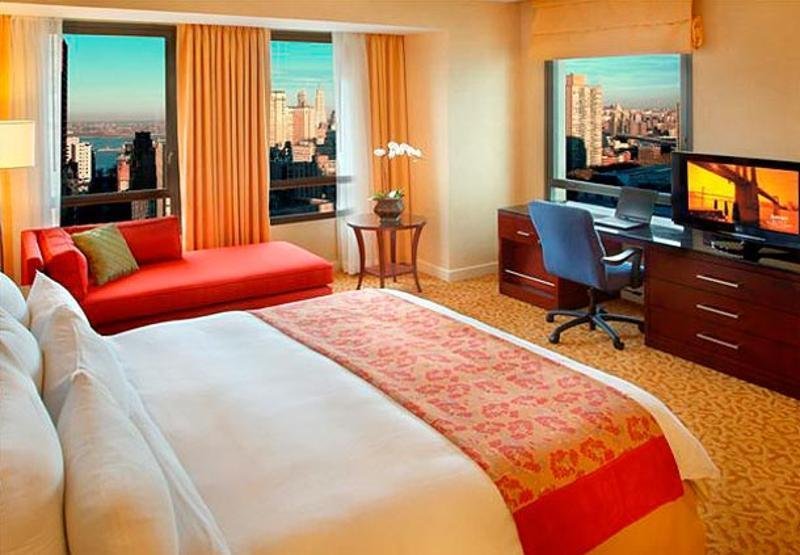 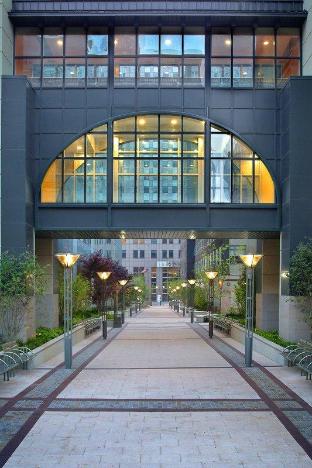 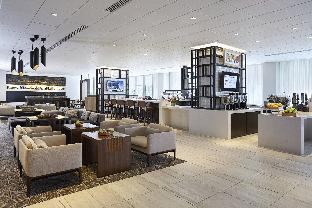 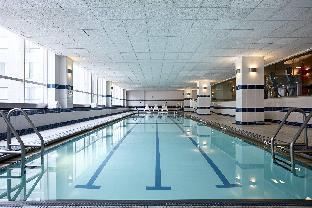 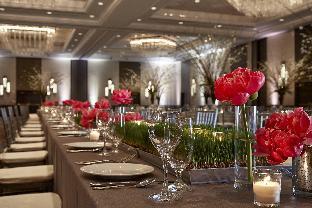 Not surprisingly then, you'll find the Brooklyn Historical Society Museum in Brooklyn Heights, where visitors can steep themselves in the museum's well-documented history of the borough, including seasonal exhibitions on the changing face of neighborhoods, famous Brooklynites, and permanent collections like photographic exhibits of the borough's inhabitants, landmarks, and geography throughout the years. As for famous inhabitants, two-time Pulitzer Prize-winner Norman Mailer lived in Brooklyn Heights, near the 70 Willow Street residence where Truman Capote wrote the novel Breakfast At Tiffany's, and not too far from the former 102 Pierrepoint Street residence where fellow Pulitzer Prize-winning author Arthur Miller wrote All My Sons. Miller lived for a time with wife Marilyn Monroe at 62 Montague Street, where he wrote Death Of A Salesman.

Because of its proximity to downtown Manhattan, Brooklyn Heights has some of the best views of the Financial District's looming buildings. Sitting quietly atop the Brooklyn-Queens Expressway and stretching from Remsen to Orange Streets, the Promenade also affords the strolling visitor views of the East River, the Statue of Liberty, and a large portion of New York Harbor. The Promenade is also a favorite viewing area for the city's many fireworks displays, like the Macy's Fourth of July fireworks and the annual New Year's and Diwali fireworks. And just a short walk from the north end of the Promenade is the entrance to the Brooklyn Bridge and its promenade, which offers similarly brilliant views of Brooklyn and Manhattan and various waterways and waterfront institutions. Brooklyn Bridge Park has become a full-on attraction in its own right in recent years, with Syfy's Movies With A View showing outdoor movies every summer, sports (including kayaking) at Pier 2, the beach at Pier 4, a soccer complex at Pier 5, Pier 3's Greenway Terrace, the odd Squibb Park & Bridge, and food from some of New York City's hottest restaurateurs. That is, of course, leaving out the famous Grimaldi's—which is, of course, no longer run by the Grimaldi family nor in the original location—and Juliana's, from Patsy Grimaldi, and for desert, the delightful BBrooklyn Ice Cream Factory.

As for shopping, one of Housing Works Thrift Shops' most popular branches is in Brooklyn Heights, serving up New York thrift in charitable fashion. The neighborhood reads so much that a Brooklyn Heights location of Manhattan favorite St. Mark's Comics opened just down the street from Heights Books. Once your eyes and feet are tired, give your stomach a workout at Noodle Pudding, Brooklyn Heights' best Italian eatery, Teresa's for some of the best Polish food in the borough, or Red Gravy from Saul Bolton, the proprietor behind the critically acclaimed Saul.

Finally, Brooklyn Heights has grand sentinels on its eastern border in the Marriott Brooklyn Bridge hotel and the swank Nu Hotel.